Building on a Shared Passion. 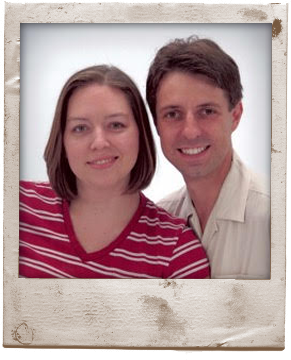 Colin and Deanna Crossman have had a crazy adventure over the past 10 years. Deanna Crossman went to Cal Tech University for her undergraduate studies and attended Duke University Graduate School for her PhD program in Cell Biology. After graduating in 2002, she bought an old house in the Walltown district of Durham, NC to rehab and renovate into a gorgeous home. In the process of renovations, she met Colin. With a Law degree and a Master’s in Biomedical Engineering from Duke University, he had taken on his own house project across the street. A faculty fellow of intellectual property law at Duke, he always had a passion for historic homes and demolition work. As they discussed their ongoing projects, they realized they had more in common than just historic homes. After dating (and purchasing 18 historic homes in need of rehab), the two married in 2006.

Far from the end of the story, following their vows they traveled to Maine to have their “honeymoon,” better known as contractor school, at the Shelter Institute. Shortly after the trip,  they left up-and-coming careers to follow their dreams by purchasing a recently shuttered elderly women’s home in the historic Trinity Park neighborhood of Durham. From that point on, the newlyweds focused on their 1920s, 17,000 square-foot building, and through an extensive green renovation they created the luxurious, 17-room King’s Daughters Inn that became the first Rhea Hospitality property. Deanna was the general contractor for the building and with a lot of hard work and sweat, the couple finished their boutique inn on time and on budget. How many general contractors can make that claim? 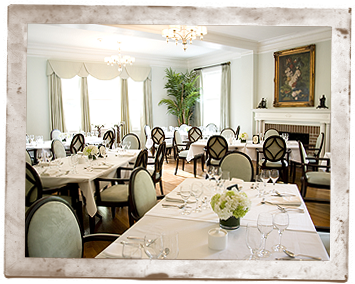 Coming up on the 7th anniversary of the Inn, the staff often jokes that the Inn is Deanna and Colin’s baby. It took exactly 9 months to renovate and it seems to be a living and breathing entity. Sometimes it misbehaves and every once in awhile there is an occasional outburst – a broken piece of furniture or a small leak. As the Inn has grown and developed, they’ve watched it crawl, walk and now run at full speed. The entire staff is proud that the Inn outperforms the local hotel market in terms of occupancy and RevPar 11 months out of the year.

The King’s Daughters Inn fueled Colin and Deanna’s passion for innkeeping. With such an amazing team driving the bus, Deanna has passed down her secrets to cooking an amazing hot breakfast (family recipes included!). On any given morning, her team can be found bustling around the kitchen preparing Nutella-stuffed French toast or egg nog waffles. Colin’s former time on the evening shift, taking care of cocktail hour, means he’s the one to share his mixology secrets with some of his favorite guests, such as his barrel-aged sherry or limoncello recipes. 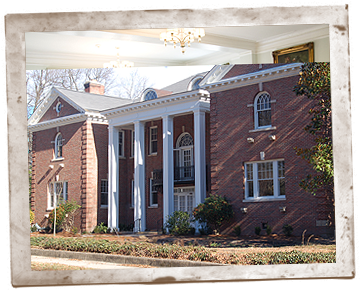 Life got hectic again when the Crossmans broke ground for their new construction 45-room boutique hotel in Cary, NC: The Mayton Inn. The King’s Daughters Inn had gained so much momentum that the town of Cary approached the couple to aid in developing the downtown area. The plans are in progress and the hotel will feature over 13,000 square feet of public space with a library, full bar and restaurant, as well as event spaces including meeting rooms and an outdoor terrace that will be open to the public. A high-tech gym facility and spa will be on the ground floor and available for guest use.

This couple’s journey has been incredible, and is only just beginning. It is a story of falling in love, but also of following your dreams. The Inn is a reflection of the many wonderful small businesses that have kept North Carolina’s economy thriving and The Mayton Inn will be an extension of their entrepreneurial spirit and drive. New challenges await them as a new hotel opens, but the King’s Daughters will always be their first baby.

Jeff Gompers brings to Rhea Hospitality an impressive 20-year track record within the dining and hospitality industries. His extensive accomplishments range from professional, upscale dining, streamlining budget effectiveness, and building successful, motivated teams. Along with numerous local accreditations and awards, Jeff was invited as a team member to cook at the notable James Beard House in New York City, a prestigious honor extended only to dedicated chefs who have refined their personal kitchen expertise. Jeff’s invaluable knowledge, expert skill, and overall mastery of food heralds an exciting new chapter for the Mayton Inn’s Verandah Restaurant.

Denel has had a lifelong passion for helping people and spreading joy in the world. She has a diverse background of experience including network sales, real estate, entrepreneur, and most recently hospitality. She has found her niche as general manager of The King’s Daughters Inn. She is a mother of six and grandmother to ten and enjoys boating with her husband Gary on the Pamlico River in her free time.

Colin was brought to the Triangle in 2000 to attend Duke Law School. After attaining his JD & masters of Biomedical Engineering, he met Deanna whilst teaching patent law at Duke Law School. Following their restoration of 34 historic properties, they took the plunge to restore the King’s Daughters Inn. He is excited for the Mayton’s opening and to see what this next chapter brings.

Deanna has lived in the Triangle since 2001. She met her husband, Colin, while living in Durham and soon thereafter took on the mighty task of restoring the King’s Daughters Inn as a boutique hotel. She fell in love with the process and soon they were being recruited by the Town of Cary to build a second, larger, full-service hotel. She can’t wait to see what the future brings and hopes to be the standard of excellence for boutique hotels in the Triangle and beyond.

Xander joined our team 8 months ago and is quickly stealing everyone's hearts! You can always find him around the hotel smiling and waving to all guests!